Emmeluth Baugesellschaft mbH has been a Cargoclix customer since March. The building and civil engineering company uses the TimeSlot time slot management system at a major construction site in Frankfurt to control the unloading of cranes and forklifts at two ramps. The reason for the introduction was that the construction site only has one entrance. As soon as two trucks arrive at the same time, the road would be blocked.

Around 20 trucks per day book time slots there via TimeSlot. A time window can be booked between seven days and one hour before the desired delivery date. With 200 employees, the Emmeluth Group is one of the largest construction companies in Northern Hesse. The group consists of the sister companies Emmeluth Baugesellschaft mbH für den Hochbau und konstruktiven Ingenieurbau and Konrad Emmeluth GmbH & Co. KG for general civil engineering and municipal civil engineering. 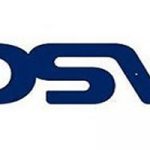 DSV introduces TimeSlot in the Netherlands