Klöckner & Co – On the right track 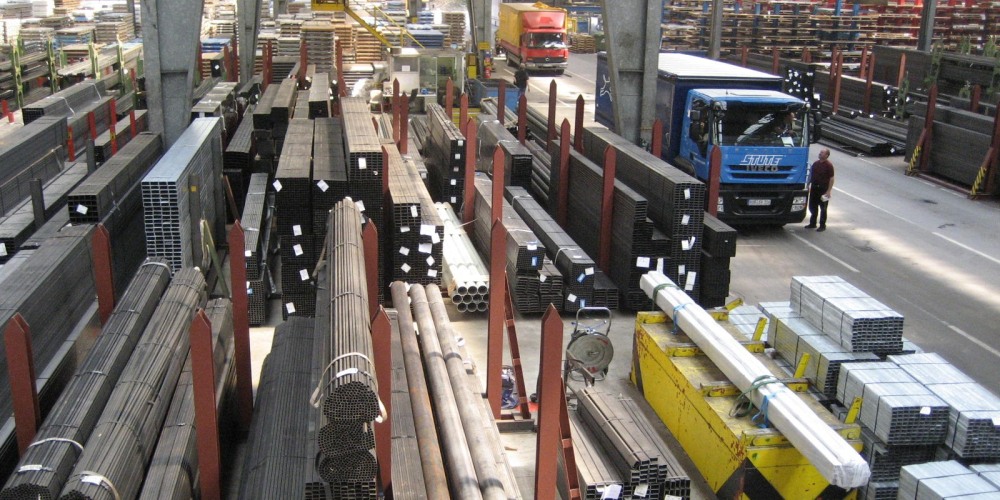 In the steel trade with its very own laws, logistical processes such as incoming goods inspection and unloading often cannot be planned precisely with regard to time requirements and timing. Klöckner Stahl- und Metalandel GmbH has solved this problem with the introduction of the Cargoclix time slot management system. The planning tool enables much greater reliability in the workflows associated with purchasing.

What weighs heavier: a ton of steel or a ton of down feathers? Simple question, but in most cases the reflex is clear: down is as light as a feather, the ton of sheet steel must inevitably weigh more. This is how the human brain works: first we look at what is in it, then we calculate logically.

Of course, Klöckner Stahl- und Metallhandel GmbH, a subsidiary of the largest producer-independent steel and metal distributor and one of the leading steel service center companies in Europe and America, knows very well how to evaluate the weight of one tonne of steel. And yet there were one or two surprises at goods receipt: “We often didn’t really know what the truck that drove up here had loaded,” says Logistics Manager Stefan Kroos. “Long products, stainless steel, sheet metal, aluminium – in the steel trade everything is unloaded by crane and in individual halls connected in series: Aluminium in one, sheet metal in the other”. If three trucks, fully loaded with aluminium, are waiting outside the door, but the halls are already occupied, you can’t just swap back and forth, he explains. “Equipment limits unloading capacity.”

Trading in steel is a business of its own. It is difficult in the actual sense of weight and difficult to plan for the dealer. Deliveries from steel producers in Russia, Italy, Poland and the Ukraine to the fourteen locations of Klöckner Stahl- und Metallhandel GmbH in Germany cannot always be planned in terms of volumes and timing. “And then the trucks arrived, sometimes 15 or sometimes 25,” says Kroos, “not to the day, but by the calendar week, you can’t agree that exactly with a large steelworks. Just in time deliveries are not.

The forwarding agent becomes the buffer

It can’t hurt to look at other industries. For example, the food industry, but above all the lean and fast processes in automobile production and trade. How do you approach this, how do you manage to distribute the trucks planned for a week at least over days, at best by product group? It does not make it easier that it is irrelevant for the producers whether and which timeslots exist, the batch is produced, and subsequently the forwarding agent acts as a buffer. “In other words, the producers ultimately shift the responsibility to the service providers who dispose of their production,” says Kroos, “and we wanted to enable these service providers to achieve a more favorable unloading time and a better throughput time.

With this goal in mind, the Klöckner site in Osnabrück started with the introduction of the Cargoclix time slot management system “TimeSlot” – a pilot project that was rolled out throughout Germany in 2012 after a period of four months. “We had the hope that we could also provide external access via a modern medium and an online platform,” says Jürgen Fischer, plant manager in Osnabrück. A hope that came true. Today, around 70 percent of suppliers use the Cargoclix platform. This high percentage results in a significant increase in reliability, both internally and externally. “When I started here, the trucks arrived, could be unloaded or had to wait until unloading was possible. Then we at least got the suppliers to register by fax or telephone and were able to better control the unloading processes’’.

Today, the service provider logs on to the system free of charge, specifies when and what he wants to download for which location. “This is the ideal case,” says Fischer, “where we can react and give early feedback as to whether we need another ten tons of three-millimeter sheets or whether they are needed at another location. Once everything has been agreed, the suppliers books in (cost: 50 cents), however, not on a crane runway, but in a parking lot. This is the decisive intermediate step that Cargoclix has developed and taken with Klöckner: Because the supplier does not know which crane in which hall is lifting which type of steel, he is temporarily parked. “Otherwise, the supplier would always block the web that is free on his desired date – without knowing what material we are processing there.

So first of all, as at the office, it is called: “Number drawing”. Klöckner then compares, plans the corresponding crane runway, sends Avis and can plan accordingly. In extreme cases, when all halls are occupied, the appointment must be postponed.

With this procedure, a largely even loading/unloading capacity utilization is achieved. This is disciplined, even if not all suppliers work with the new system. “But those who do, they know: I have reliability, I’m given preferential treatment, I drive into the hall and I’ll be out in an estimable time,” said Fischer.

Of course, there are always suppliers who do not use the system or even regard it as an unpleasant regulation on the part of the retailer. That has to be taken into account, and resentment subsides at the latest when one feels the positive effects on their own experience.. And one thing is certain: The higher is the amount of suppliers who use and plan the system and deliver reasonably punctually, the more plannable the others become.

With the introduction of the system, Klöckner has set a framework within which suppliers can move. However, the company has the flexibility to do business efficiently and successfully with suppliers who are not within the specified framework. In addition to time window management, including utilization and entry overview, the Group is also provided with further control and management instruments. In addition to more efficient personnel planning for the halls, TimeSlot also has a disciplining effect, for example with regard to delivery punctuality. 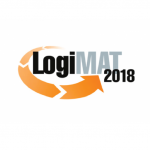 Visit Cargoclix at LogiMAT: Hall 10, Booth B70
All Posts 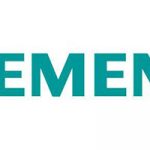